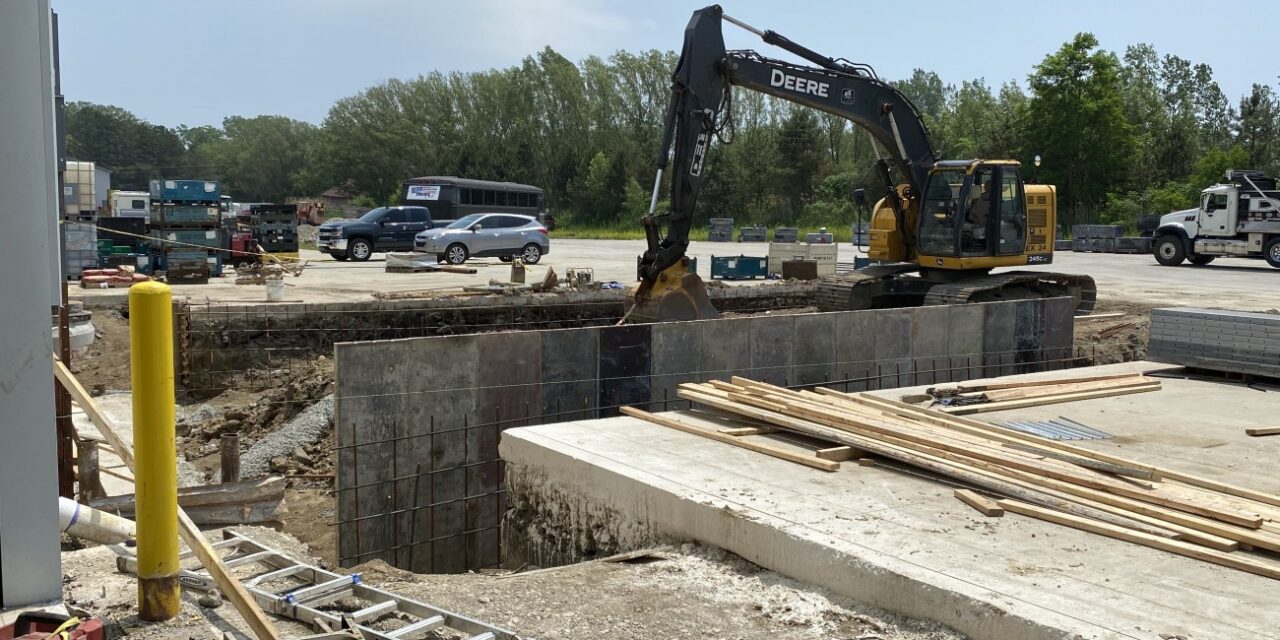 PTM Corporation is investing nearly $2 million in its St. Clair County, Michigan, manufacturing facility.  The company boasts a growing manufacturing campus of nearly 300,000 square feet and has been producing metal stampings in the region since 1972, as a full-service metal stamping supplier.

PTM services the agricultural, medical, military, building and construction, non-automotive and automotive industries.  A large portion of the company’s clients come from the automotive industry.  In fact, 70-75% of all cars and light trucks on the road today contain “Michigan made” metal stampings from PTM corporation.

As part of its current expansion projects, the company is currently adding new truck wells to Plant 1, preparing for the expansion of prototype press lines with the purchase of five 500-800 ton presses, and is adding a prototype facility crane expansion.  A $750,000 investment is also being made in a robotic flexible assembly cell for prototype and low volume production to spot weld and MiG weld, as well as handle hemming and adhesives.

A family-owned business, PTM also proudly became a certified Women-Owned business in 2015.  The daughters of Charlie Russell, founder of PTM Corporation and Modified Technologies (MTI), took over the business after the passing of their late father in 2016.  Since that time, joined by her sisters, daughter, Donna Russell-Kuhr has led the company to continued success as Co-Owner, President and CEO.  In 2019, Donna was named Manufacturing Woman of the Year by the Michigan Manufacturing Association.

“Even during the challenges of a pandemic, PTM continues to invest and grow,” said Dan Casey, CEO of the Economic Development Alliance.  “PTM is really an extended family with an awesome culture that continues to accomplish great things in its industry and in the community.  I believe that is an important reason for its success” said Daniel Casey, CEO of the Economic Development Alliance.

“It makes me proud to execute most of our strategic growth plans for this year even during a worldwide pandemic.  It is even more exciting to work with local contractors and business owners by providing work and jobs to our partners.  The investments will position my company to meet new contract needs now and opens the door for even more business down the road.  This is a win-win for our community overall,” said Donna Russell-Kuhr, Co-Owner, President and CEO of PTM Corporation.