Plans For Tuskegee Airmen Memorial in the Works 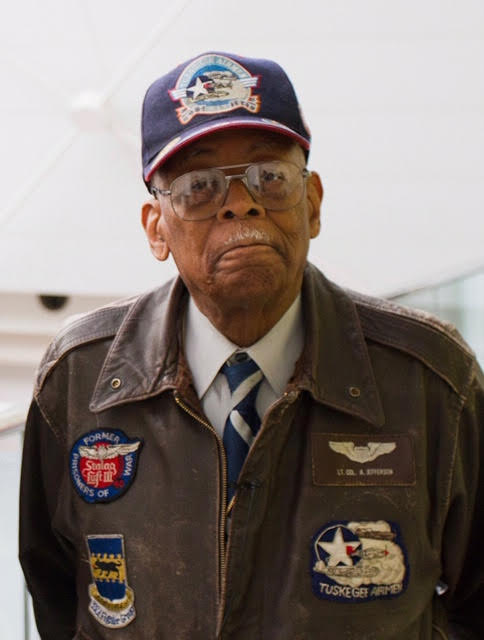 Planning efforts are ramping up for the Tuskegee Airmen Memorial that is planned for the Blue Water Flag Plaza in Port Huron. The project is in partnership with “Diving with a Purpose” which uses scuba diving to locate and preserve submerged artifacts that pertain to the African Diaspora. They use maritime archaeology to locate sunken slave ships and other artifacts that are a part of not just Black History, but the history of the human experience. Lake Huron holds the wreckage of the plane that was piloted by Lt. Frank Moody, a Tuskegee Airman. It was discovered by accident in 2014, 70 years after the crash. The Tuskegee Airmen are credited with both helping to win World War II with their aviation skills and breaking down racial barriers that were common in the 1940s. Kevin Totty, of the Community Foundation of St. Clair County, said, “The excitement of having this local history in our backyard is awesome. This is a historical community event that will produce a global impact.” The memorial is intended to be dedicated in August of 2020. Organizers are hoping to have Lt. Col. Alexander Jefferson, a 97-year-old Purple Heart-awarded Tuskegee Airman with local ties, present at the dedication. The project is a collaborative effort between Port Huron Schools, Port Huron Museum, the Community Foundation of St. Clair County, the NAACP, and DTE Energy.