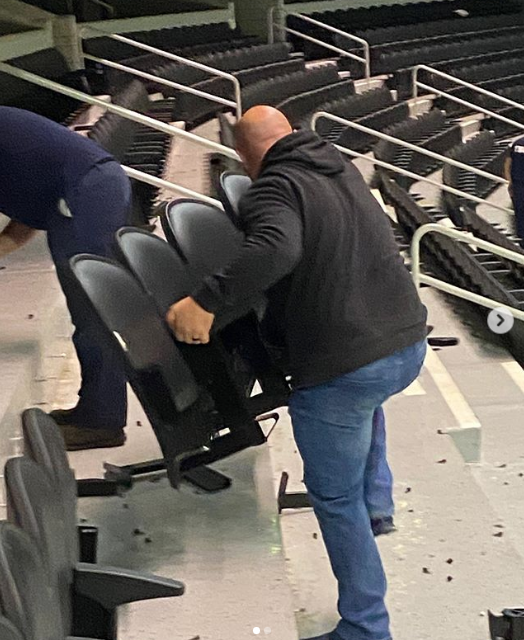 McMorran Arena has secured 3,000 premium cushioned seats, donated by the Pistons Foundation and the Palace of Auburn Hills. Before the Pistons announced their move to Detroit, thousands of new seats were installed in the lower bowl of the Palace. Monday night, the Port Huron City Council voted unanimously to accept the donation, valued at $520,000.

Port Huron City Manager, James Freed, said through the help of Nancy Winzer, Parks & Recreation Director, they were able to reach out to the Ralph C. Wilson Jr. Foundation to make an initial introduction to the Pistons Foundation.

McMorran Arena’s seats are currently being removed from the former Palace of Auburn Hills by General Manager, Rob Churchill and the Parks and Recreation Team.

McMorran Arena currently has about 2,700 seats. All are set to be replaced with the new seats acquired from the Palace of Auburn Hills by summer of 2020.